And the Winner is…

Just following up on my previous post on how to build a profitable eBay business selling replacement parts. As promised, the most interesting comment author will receive a special gift from me. That gift will be a book called “The Millionaire Fastlane” – an excellent read for any online entrepreneur. In a nutshell, it’s about building an online business FAST, then selling it off to live from passive income streams. Unlike many other business books, this one is full of real life examples and inspirational stories: 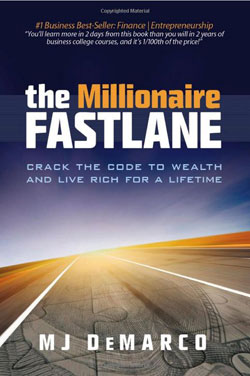 I’m giving away only one book but Many Thanks for all your comments!

The winner is Jim Bannerman wit his hilarious version:

I think this one is pretty obvious.

Whilst training for the Olympics, Andrew was attempting his famous back-somersault-double-twist-with-pike routine. Whilst in mid-flow and upsidedown, the pike slipped out of his hands, fell onto the trampoline with Andrew trailing slightly after. His slim but muscular body then landed on top of the pike, which being a fish was somewhat slippery. Andrew skidded on the pike and there was no going back. All hell broke loose with Andrew and the pike fighting for stability on the trampoline jump mat. The pikes dorsal fin is a sharp, razor like weapon and as the fish was bouncing around on the mat, its fin was doing its job with the resultant damage.

However, being the sort of person to never give up, Andrew practiced on a neighbours trampoline and ultimately won a medal at the Olympics for this very same jump. He decided to flog his medal on ebay for £30 and used this to purchase a new replacement trampoline mat.

Congrats Jim! Please contact me here so we can arrange how you’ll receive your gift (physical book/Kindle version available).

Just to clear the air here’s what actually happened to my trampoline mat: 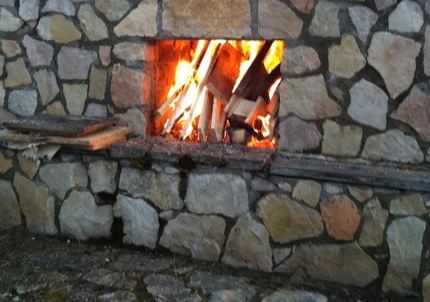 Yep, it’s an old outdoor fire place which accidentally was built too close to my trampoline, lol. As I’m doing some heavy house renovation projects at the moment, at first it seemed like a good idea to get rid of some old floors, materials etc. using this antique Fireplace…but it turned out in a total disaster! Well, luckily no one was hurt and damage was relatively small. Lesson learned! 🙂

Thanks again for all your comments!